Episode 12: The Surly Nerd, or: How I learned to Stop Worrying and Love the Podcast

Tastier than a Pizza Cone but not nearly as sexy, we are: The Surly Nerd

Welcome back to the show. We kick off as always with our prelude segment and head straight into Level One: Video Game News from there. We start off the segment with Valve news, move on to Ubisoft and Capcom. Wrapping up with Sony studios, Wii U and Electronic Arts. From there we move to Level 2: Technology News. We start off the segment with more Valve news, go from there to cellphone news and head over to Reddit for some more presidential news. We wrap up with HP and Apple news as we move on to Level 3: Entertainment News.

In level 3 talk all about the geeky entertainment news you want to hear from the tragic passing of Michael Clarke Duncan to more depressing news that is the Michael Bay TMNT script. From there we move to Dark Knight blu-ray news and talk some about Joss Whedon handling the Avengers franchise. We top it all off with Hobbit movie news, T.V premieres and for the first time ever: a bunch of comic industry news. Finally we have drinks at the inn to close the bar down.

So grab some drinks and settle in with your favorite internet geeks: The Surly Nerds.

Episode 11: The Good, The Bad, The Surly Nerd

Better for you than week old Burger King fries, we are: The Surly Nerd

What started off as a quick little show quickly blew up into something far far more. We kick it off this week with our Prelude segment. From there we move to Level 1, technology news. We talk about the future of the 4K televsion and tablets. Closing out level one we have some Apple, Google and Neil Armstrong news.

In level 2 video game news we open up with one of our famous Square Enix rants and discuss Star Wars 1313 at length. From there we hit up Halo 4 news and talk for a while about Sony studios. Level 3, entertainment news is up after that with a little Metal Gear talk before our huge blow out comic entertainment news discussion from S.H.I.E.L.D to the JLA. We close up with some Star Wars info and wrap up level 3 with LEGO movie news. We close out the show as always with your questions and comments in our Drinks at the Inn segment.

With all that out of the way, grab a drink or two and curl up with all of us over at: The Surly Nerd

Episode 10: The Podcast Who Shagged Me

Not the sharpest bulbs in the six-pack, we are: The Surly Nerd

Welcome back to our little drunken corner of the internet. This week we have a pretty amazing show for you starting off with our prelude segment. We move on from there to level one – technology news where we find out that McDonald’s has been data mining your children and try and put our fingers on why exactly it is that so many technology companies are losing profits left and right. Top it off with some Tesla museum news and a Chinese bad ass and you have a full first level.

We move on from there to level two, entertainment news. Things heat up in this segment as we get into debates about everything from Dr. Who to classic Disney and Universal movies. We get a bit off the rails for a bit but it all comes back together as we talk about the passing of Tony Scott. After a short break we head into level three, video game news. With Nintendo Power closing and Sony closing Psygnosis studios, one of the oldest game developers out there, this is a dark day for video gaming news. We try and brighten your day with our Drinks at the Inn, answering all the burning questions you have for us.

With the summary out of the way, grab a drink and tuck in with your favorite hosts over at: The Surly Nerd.

Less calories than a triple double down baconator deep fried, we are: The Surly Nerd

This week on the show we kick it off with our Prelude and quickly move forward into Level 1: Technology News. From Apple T.V to Lenovo phones we have all the tech news your earholes need. In Level two we jump over to Entertainment news with some bits and bites about Dr. Who, a heaping helping of Marvel entertainment news and a little bit of Bill and Ted news too!

In Level 3 we get our main course – Video game news. With Gamescom the center of attention this week we discuss various game trailers that have hit the internet waves as well as Playstation mobile and hackers getting into Blizzard and Sony servers. That coupled with some Halo 4 discussion and topping it all of with Drinks at the Inn and we’ve got one hell of an episode.

Better tasting than a Taco Bell drive-through at three in the morning, we are….The Surly Nerd

This week we change things up a little starting off with our new Prelude segment where we discuss what we are currently watching and playing. From there we head over to Level 1: Video Game News and go over the great Zynga lawsuit of 2012,<wbr> Microsoft denying the “new” Xbox and the rising world of digital media in the video game marketplace. </wbr>

In level two we touch on tech news from Valve expanding to more than just video games,<wbr> Android vs Apple and if anyone ACTUALLY cares about the mars landing. In level three we have a heaping helping of entertainment news from Sin City 2 to the H+ digital series (with the obligatory super hero news inbetween) and finally we close out the show with Drinks at the Inn. </wbr>

All that and more on this weeks: The Surly Nerd. Stay a while and listen!

Greetings adventurers! This week we debate how movies will be released after the plague has passed, and get into th… twitter.com/i/web/status/1…

Apologies to anyone who just got a notification that we went live on twitch. The cat decided to play with the keyboard and put us live.

Honestly, the best thing about Twitter is me having the ability to share useless video game trivia with y'all. That… twitter.com/i/web/status/1… 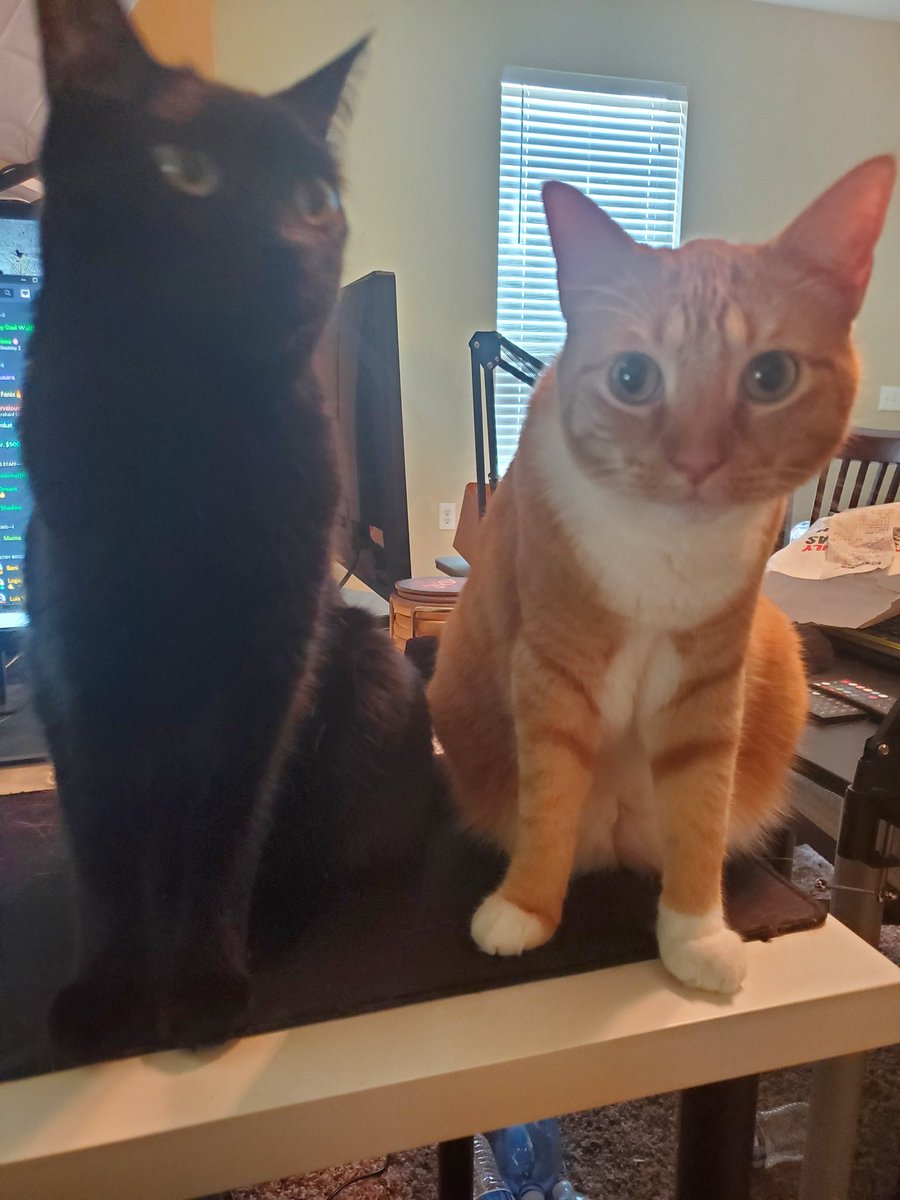 Yo @Custa I feel your pain. I'm just trying to *watch* Overwatch League and these two...

Greetings adventurers! It's a jam packed news week as we cover all the big announcements from both Comic-con and th… twitter.com/i/web/status/1…