“The Kicker” by Good Co – A Surly album review

Good Co touts themselves as the one and only Electro Swing band in the United States. This might very well be the case, but the tracks on their new album “The Kicker” are a distillation of many different threads that weave in and out of other popular genres. This is, unequivocally, a good thing.

So, “What is Electro Swing?” you may be asking yourself, much like I did when my Surly Nerd pals asked me to review this album. To answer this query, it seemed the logical first step was to give the record itself a first listen. The “swing” half of the genre is heavily apparent. Sassy jazz vocals, lots of brass and big band arrangements have been lovingly sampled. On the other side of the coin is the “electro” half, wherein the very swingin’ 1940s big band instrumentation gets chopped and rearranged with a healthy dose of synths and electronic percussion layered throughout. And sure enough, with a quick look at good ‘ol Wikipedia, it seems like Good Co is successfully articulating the genre:

What you hear is usually dancy and impressively high energy, given that swing music is hardly sedate to begin with. On “The Kicker”, the samples are well chosen and the digital production is deftly executed. It may not be “new”-new, but it’s new in the way our generation strives for novelty, and it’s certainly fun.

A little taste of Electro Swing at its finest

“Through the Door”, the first track, hooks you into the sound and introduces the varied elements that form the core of the album. A jittery horn intro drops you right into a thumping, two-step swing beat that would feel at home on any dance track. When the vocals command you to “swing, swing”, one is happy to oblige.

Skewing toward nostalgia-drenched while remaining modern enough to be novel is no small feat.

For me, the two aspects that mark Good Co as exceptional within this fairly narrow genre are the live horn players and original vocals. Slipping back and forth between the very timeworn sound of old swing records and crisp new horn sections helps stitch together a convincing connection between disparate elements.

“Lou’s New Suit” has some impressive horn work. It is refreshing to hear a clarinet solo–and it’s quite a good one, at that. Too much material from the 30’s and your record begins to simply sound like a dj’s remix project, not so much a band with its own members and ideas. Good Co cleverly avoids this pitfall. The sonic digital collages that DJs create are amazing in their own right, but even Daft Punk reached a point–leading up to the production of “Random Access Memories”–where they wanted to mix in plenty of flesh and blood musicians.

The mash-up culture that has flourished in the last few decades is an inevitable reaction to so much accumulated history of art and music. The 90’s swing revival leaned more heavily toward homage than evolution, but the legacy that movement left persists. Entirely unique elements of music remain elusive, but the right approach, with a clever mix of otherwise unrelated styles, synthesizes a new material that transcends its original components. Dubstep is a kind of remix logical extremity that I’m surprised artists were able to follow and still be successful. But it’s a solid formula. You’re on the right path when the sum is greater than the parts.

Given how much I enjoyed this record, my only reservations arise when the preciousness of the swing era pastiche overreach and turn things a bit too twee. For instance, “Paper Tiger” is a fun exercise in cheeky storytelling, but I doubt I’ll be eager to hear it again outside of a live show. That said, it’s a minor bump in an otherwise remarkably smooth and entertaining ride.

I can’t sign off without mentioning that I played this record over my bar’s sound system afterhours. Though the choice was, ostensibly, so that I could listen to it a few times in different settings, it won my co-workers over quite thoroughly. Not a bad sign for a record, I have to say.

Our ears are in good company listening to this album

You can find out more about Good Co by visiting their website. They can also be found on Facebook and Soundcloud.  When Cory isn’t being tied to a chair and forced to write reviews for our site, he can be found all around Houston playing music for one of the several bands he is in. Look forward to more reviews from him in the future. 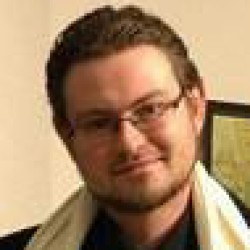