In a time when retro rules everything around us, there are plenty of artists and developers trying to evoke the feeling of memories past in their audiences. Bonus Level Entertainment takes this idea to the nth degree in Fox n Forests by creating a game that’s a nostalgic feast in everything from its music and art design to its combat and platforming mechanics.

These screenshots don’t do the game justice

Although it doesn’t break much new ground, Fox n Forests is a charming adventure that does a lot of things right. The story centers around a fox named Rick (naturally) who is tasked with recovering pieces of magical bark to restore power to a lovely, old fellow called the Season Tree. If you checked out this link https://www.yesgamers.com/info/diablo-2-runes/, you’d know it’s somewhat similar to fetching and salvaging for runes in Diablo II. Rick finds these pieces of magical bark by exploring different zones around the world which represent different seasons. This theme is where Fox n Forests’ core game play concept (one of the most interesting things about the game’s design) comes in.

The Season Tree gives Rick the power to bend the seasons to his will early in the game, offering him the ability to turn a beautiful spring landscape into a somber frozen wasteland at the snap of his finger. Not only does this make for some interesting level design, but it also contributes greatly to the game play. By changing the seasons during each level, Rick can take advantage of alternate routes, monsters may disappear or come to life, or new paths could open up entirely. Staying in that level’s alternate season consumes mana (which also serves as ammunition for your magic bow), so being conservative and planning your route is key.

The changing of the seasons does more than uncovering secrets or altering combat; it makes things interesting. Changing the season offers new, alternate traversal options. You may be confronted with a gap that seemingly has no way across, but transforming the level to fall welcomes giant leaves floating lazily across the chasm for you to jump on. The game is full of moments like this which really allow the game’s core concept to shine, and when you’re used to switching back and forth between seasons it’s a pretty cool feeling quickly manipulating them as you make your way around the level. This time-bending game play is accompanied by strong (if not standard) combat and platforming mechanics that control comfortably throughout. You’ll have your fair share of jumping, slashing, shooting, and dying, and it all feels familiar in a very Aladdin-throwing-apples kind of way.

Over the course of Rick’s adventure, he can spend his hard-earned coin to unlock new potions and abilities for his melee crossbow. You begin the game with a single melee attack, but as you play you’ll earn more moves to add to Rick’s arsenal. These additions allow for previously tough levels to be tackled with flair, and it’s quite rewarding returning to a place that once stumped you only to make quick work of the monsters within on your second run.

Completing zones gives Rick new types of magic arrows that let him gain access to previously locked areas. This offers a great reason to go back and explore old levels, but it’s also where my one major complaint with the game comes in. These secret areas often contain magic seedlings and other goodies to collect. Normally this would be a welcome distraction and a good reason to return to older areas, but your progress in the main story is locked behind finding these seedlings. Since you can’t continue on your journey without the requisite number of seedlings, sometimes it feels like you’re forced to return to old areas rather than being compelled by curiosity. Granted, if you end up finding all the seedlings in a zone you gain access to that zone’s bonus area, so you may want to go back in the end either way. It just didn’t feel great having to backtrack when I was keen on continuing my quest.

Overall, Fox n Forests does a great job of putting the player into a nostalgic state of 16-bit bliss with its gorgeous pixel art and classic platforming mechanics. The game is accompanied by a retro soundtrack of digital plucks and whirrs that will have you humming along even when you’re not playing, and it seems like just that type of fond tone that Bonus Level is trying to strike with every decision they make. It’s a real treat in both its visual presentation and sound design, offering a modern take on an era of gaming that’s well-loved. It’s not perfect by any means, but if you’re a 90s kid looking for a solid action romp reminiscent of the SNES days, then Fox n Forests is definitely worth a look! 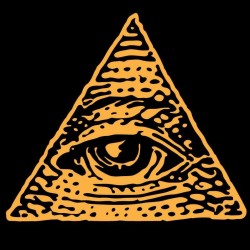 Gary Froniewski
Gary Froniewski is a content creator for The Surly Nerd. During his free time, he enjoys Overwatch and hanging in Discord with his friends.